Writing Workshops - For or Against?

I've recently been reading two different (but similar) books about the writing workshop - whether it's an archaic structure or setup that has run its course and does more harm than good, or whether the workshop is still a beneficial thing for writers but perhaps needs to be considered differently these days. I'm going to discuss the books themselves in a week or so, when I've finished reading them, but it did seem a bit strange that both of them have been published in the last year. (They are Does the Writing Workshop Still Work? ed Dianne Donnelly and Against the Workshop: Provocations, Polemics, Controversies by Anis Shivani.)

Where I teach, the writing workshop is a staple in our classrooms. Not because we are slavishly following some ideal that was set up in Iowa 60 years ago, but because we think that it has a lot of benefits. And some downsides. The benefits are: students gain a first audience for their work, one that wants to learn as much from commenting on other's work as they do from the feedback they receive; they start to see common weaknesses and through discussion begin to learn how to address these; they build a sense of a writing community; they realise that you can't please all of the people all of the time!

The downsides might include: the writer who becomes defensive and angry and argues with the group; the person who criticizes everyone's work relentlessly and never says anything positive; those who only say what they like or don't like but don't offer anything else; the person who accepts everyone's comments on their own writing but doesn't reciprocate. There are probably more than this! But the downsides for us tend to be limited to individual's problems with the process, and because we're in a classroom it can be easier to work these through. The other thing to be wary of, of course, is creating a situation where you "homogenise" everyone's work, or where writers go for the safe options, especially where a grade at the end is involved. I think we try to avoid that, as much as possible.

I do know of workshop groups where no one ever critiques - they just read out to each, pat each other on the back and then go home. I've also heard of others where one person has managed to destroy the whole group! Outside of a classroom, the writing group has to manage itself and be reasonably democratic. This is harder to achieve than you might think. A willingness to contribute honestly and fairly, to encourage and support as well as critique, and to bring writing for critique regularly, are basic requirements for success.

Some of the issues mentioned so far in the books I'm reading include workshops that discourage experimentation, don't critique critically enough to be useful, and those that operate only as critique groups with no reference to or study of literary texts as a basis for learning. I'm sure there's going to be a lot more! I'll get back to you when I'm done reading and thinking. In the meantime, if you have any comments on workshopping experiences, please do share!
Posted by Sherryl at Saturday, November 26, 2011 4 comments 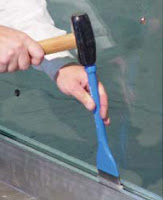 A friend today told me how much she loves a show where people move to their country dream house, and tonight I watched an old episode of Country House Rescue. It got me thinking about the analogy between those who call in an "expert" to find them a house, or fix a horrible house, and those who ask for help with their writing.
In a writers' group or a class, there is a sense that everyone is there for the same reason, and you are all focused on the same thing - improving your work. Fixing the story or poem that doesn't engage your reader, or looking at how to rewrite the novel that drags in the middle. We all know the myriad ways a piece of writing can run off the rails. In a class, I think there is a sense of camaraderie, and also an acknowledgement that once you receive some good feedback, you'll go away and work hard on rewriting (and those who clearly don't are somewhat scorned by the others!).
But while watching some of the house rescue shows, my husband and I often become frustrated. Why don't they listen to that good advice? The advice of the expert? Why ask for expert advice if you are not going to follow it? We watch people who are told "Don't sub-divide that room as buyers won't pay for a house with tiny bedrooms". And they still do it. Or more often, they are advised to spend more time and money on making something look top-notch, and they don't, and then they can't sell the house.

OK, that's no doubt got a lot to do with TV producers deliberately choosing obtuse or stubborn people who are guaranteed to provide a more "stimulating" viewing experience! But I couldn't help comparing this to writers who want to write publishable work - usually novels - and pay for critiques, classes and writing "doctors" and still will not or cannot do the work required at a professional level. It's as if they're paying for what they hope will be a person who will say "A totally marvelous novel and you are a brilliant writer". And then they don't need to fix anything.

All the money in the world will not produce a good, publishable novel without a bit of talent and a whole lot of hard work. Just like it won't produce a renovated house you can sell for a profit unless you knuckle down and learn and do a whole lot of hard work. (You can pay someone else to do it but you won't make a profit - you could pay someone else to write your novel for you, but what on earth is the point?)

On the show I watched tonight, a participant was shown the rotting wood and holes in the ceiling and asked, "What are you going to do about it?" And her answer was, "I'm resigned to it." Imagine if an editor pointed out your lack of characterization and poor dialogue and asked you to revise, and you said, "I'm resigned to it." Are you resigned to settling for a first draft? Or are you going to get out your hammer and drill and chisel and renovate your writing?
Posted by Sherryl at Wednesday, November 16, 2011 1 comments 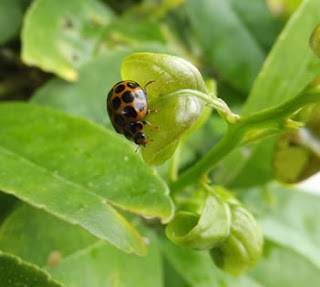 I like the idea of creativity coming from uncertainty - I feel it every time I sit down to write, and it's a relief to know it's normal. But I also like the idea that ordering the rest of my life with lists and prioritising and a visual diary is what allows me to create more, and create with less anxiety. I know that since I began my MFA studies this year, I have never worked harder or more consistently! But in a weird way, I've been less stressed because I've stuck with my priority job lists, and it's kept me off emails and time-wasting stuff. The one thing that has been stressful was maybe something I should have said No to, but I've learnt from that as well.
So, where do certainty and uncertainty sit in your creative life?
Posted by Sherryl at Wednesday, November 09, 2011 4 comments