How to bring setting and description alive in your writing 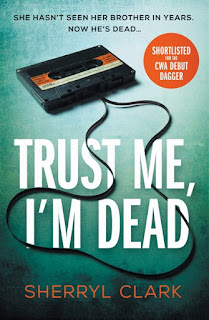 It’s a strange thing, but I find writers of contemporary novels struggle the most with setting and description. It’s as if because they’re writing about the world around us today, they think the reader will know what they’re talking about. Despite Google Earth and all those films and TV shows, nothing could be further from the truth. Here’s how to learn the lessons that fantasy and historical writers know.

The settings in your novel will benefit immensely from being unique, and from you taking the time to work on them until they evoke strong images and sensations in the reader’s imagination. Michael Connelly, crime writer, talks about the “telling detail”. You don’t have to overload your paragraphs with lengthy descriptions; rather, you write a lot in your first draft, or perhaps leave a gap and a note, and then choose and craft those details that will bring your story alive.

How do you do this? By focusing on one aspect at a time. What world are we in? What makes it different from anywhere else? What makes this character stand out? How can you describe them in two or three sentences, in a way that creates a picture? Look at your favourite novelists and see how they do it. Reading as a writer can teach you a huge amount. Here are two examples, one of character and one of setting.

“He was a tall man. Nose like a bird’s beak. Eyes of a bird, too. He gave Carl a brief glance and went on surveying the room, jerking his head in precise movements, the way a hawk surveys the ground beneath it. The eyes missed nothing.” A Bridge to Wiseman’s Cove by James Moloney.

“The afternoon wore on towards evening, and the broken glass and mica of the roadside glittered in the last, low sunlight of the day. The snowy fields glowed briefly and went dark. At the dump the fires of burning rubbish smouldered, red and smoky in the dusk.” The Mouse and His Child by Russell Hoban.

Another good question to ask yourself is how the setting and description add to your plot. What is the weather? A snowstorm? A very hot day? Are we in a house with faulty electrical wiring? What is that like? How might it change the story if it goes out, or starts a fire? Does the setting influence the character’s mood or actions/reactions in some way? Is that blue antique phone booth something to crash into, or hide in? How do other characters react to something specific or strange about your main characters? For example:
“We watched her sit down in class and pull from her canvas bag a blue and yellow ruffled curtain that she draped over three sides of her desk. We saw her set out a three-inch clear glass vase and drop into it a white and yellow daisy. She did and undid this in every class she attended, six times a day.” Stargirl by Jerry Spinelli.

Another question to ask is what changes in your setting and description that shows the reader either a passage of significant time (a season perhaps), or a change in the characters. The simplest example of character is one who loses or puts on weight, or deliberately changes their appearance (we ask why). In terms of setting, it could be the result of a disaster, or positive change such as a new queen shown by new prosperity and happy people. It can be quite small but still significant.

An example of a wider application: if a village or suburb is described as wealthy and filled with trees and gardens, expensive houses and well-dressed people at the start of your novel (using specific, telling details) and later is described as a downtrodden, ruined place, the reader can much better imagine how and why this devastation happened, rather than you explaining it all (yes, the old “show don’t tell” in a different way). Great details can also convey irony and contrast, as in these small excerpts:
“But with legs slotted under metal armrests, ten thousand watts of fluorescent light glaring directly overhead, hundreds of disgruntled travellers for company, an abandoned acrylic airline blanket for a cover and his loyal dog at his feet, Justin slept like a baby.” Just In Case by Meg Rosoff.

“There were dark green dots of trees and lines of windbreaks, the flashing of galvanised-iron roofs like little square pools of water, the tanks and sheds and stockyards and dams, the endless boring fences. It was my country, even more than the bush and the mountains, and definitely more than the cities and towns. I felt at home in those hot, rustling paddocks.” The Dead of Night by John Marsden.

A way to use detail and description that affects readers at a deeper level is to work with symbolism. A particular flag flying over devastation, the pits of Mordor that symbolise death and decay, the daisy in the Stargirl example above (what does that flower tell you about that character?). What are evocative symbols of power? Of powerlessness? If you choose ones that are particular to your characters, rather than just the common ones, they will resonate more with readers. For example, a flock of abandoned ducklings taken in and cared for by someone wrongly accused of murdering a child. What does that convey to your reader without you spelling it out?

Finally, and perhaps most importantly, use the five senses, and use them well. Too often, our fallback position is what we see, what our characters see. Don’t forget sound, smell, taste and touch. A character might see a brocade cushion, but running their fingers across it will evoke an extra sensory detail, and perhaps it smells musty, or of a particular perfume. If a character is lost in a large department store, that loud, grating muzak might be the thing that sends them into a real panic or rage, or it could be the cloying scents in the makeup area that make them faint. Sensory details often provoke our characters into actions and decisions without them being completely aware of what influenced them – but if you write it well, the reader will understand.

What interested me when I went looking for examples was how easy it was to find them. So many readers (young and old) say they skip lengthy descriptive passages, but I could have picked almost any page from these novels and provided examples. I think the key is that they are not only short-ish, but also very evocative, and they are in the story at a point where the reader will benefit immensely from being able to visualize where the characters are or what they look like. Bring your stories alive on the page, make them feel really real, through the intensive work you do in crafting setting and description.

I have been writing a lot of these articles on writing and developing skills for Medium online. My most recent Medium article is on research for fiction writers - a much expanded version of a post that appeared here a while ago - read it here.