Book review: "The Sound of her Voice" – Nathan Blackwell (Orion) 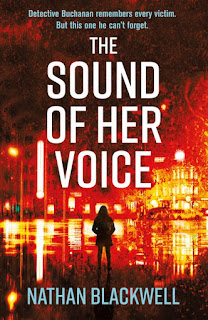 Blackwell’s experience in the New Zealand police force is front and centre in this engrossing novel set mostly in the north of Auckland, the country’s most populous city. Orewa police station sounds like it should be a one-man operation, but the spread north of the city means the contingent of police and detectives there, which includes our main character, Matt Buchanan, has to take on a huge range of cases.


The discovery of a skeleton, with some parts missing, inside a bag among the mangroves starts the story with a double-edged mystery. Not only can the police not identify her, they also don’t know how she got there or why. Buchanan’s still obsessed with a missing girl case from 20 years ago that he could never solve, and he still meets regularly with her parents. He also, as a new constable, arrived at the scene of a police shooting in 1995 just in time to hold his best mate as she died. Consequently, he’s carrying a lot of baggage over a lot of years and refusing to acknowledge it or seek help.

Instead he holds the trauma damage at bay by sinking himself into his current cases, of which the mystery girl is one. Blackwell is very skillful at building threads and gradually tying them together without making it obvious. He also depicts Buchanan’s gradual descent into, at best, poor judgement and, at worst, the blackest kind of PTSD where denial is a salve butt ultimately dangerous. It’s done in a way that makes us believe he might pull through, that if this one case is solved, he’ll come out the other side unscathed.

If you read a lot of dark crime fiction, the revelations towards the end might not seem so dark, yet in once-innocent New Zealand, they are horrifying and all too real. Blackwell’s references to earlier (real) cases sent me Googling out of interest. My one tiny quibble with the novel is his street-by-street descriptions of journeys by car. I’ve lived in Auckland so could follow them (although they did get a tiny bit tedious) – I wondered what a reader from outside the city would think. But apart from that, the police procedural detail was interesting and not overpowering. Blackwell is a pseudonym as a lot of his police work was in covert operations.
Looking forward to the next book from this writer!
Posted by Sherryl at Thursday, January 23, 2020 0 comments