Book review - "The Last Drop of Blood" by Graham Masterton

The first thing you realise when starting to read this novel is that it’s set very firmly in Ireland with many Irish characters! The dialogue immediately places the reader right in the middle of the setting, as do the descriptions of landmarks. The River Lee plays a big part, as one of the crimes Katie Maguire has to investigate is the Lee Pusher, someone who is pushing people into the river and drowning them. I had to go and do a search on Cork out of curiosity and the Lee definitely looks like a river you’d be hard pressed to survive, even as a good swimmer.

DS Maguire is high up in the police force now, directing a number of other officers, but still manages to be in the thick of things, along with having to cop the blame when the media start complaining about all the unsolved crimes. First up is the murder of a court Justice, burned in his car, then various gang members start picking each other off in an Irish version of the Hatfields and the McCoys. The cold-bloodedness of the gang leaders is chilling and perhaps this is where the book title comes from.

Between all of this and attempts to derail her career by a jealous superior officer, Katie Maguire has to grit her teeth and keep going, no matter what.
I have read a previous Maguire novel but it’s not necessary to enjoy this one, as it stands alone. The intricate investigation details for all the various crimes and murders are well-woven and I never felt confused or lost track of what was happening. Even minor characters such as the two women involved with the gang leaders are brought to life as rounded and real, which enriches the novel further. It seems this is the last Maguire novel, which is a pity, plus it seems to end rather abruptly, which made me wonder if I had a full copy, or perhaps another one is coming after all … 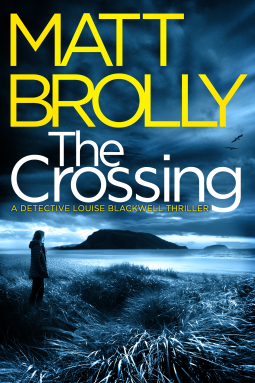