To paraphrase a famous quote (I think about light bulb invention), “Every failure teaches you a little more about what doesn’t work, and gets you a little closer to discovering what does.” In other words, you probably have to fail a few times to work out what success is or how to succeed.

How does this work with writing? It’s not quite so simple, I suspect. It’s why teaching creative writing is a lot different from teaching, say, plumbing. In plumbing a teacher can tell a student to join two pipes together, and if the join leaks, it can easily be pointed out why it failed. Then the student tries again (and maybe again) until they know how to do it successfully.

In teaching a student about writing a short story, there are a number of skills that can be learned. How a story works, structure, characterization, good dialogue, setting and description etc. The student can write a competent (or not so competent) story. But if the story isn’t really good, if readers don’t enjoy it or engage with it, that’s where the real work begins. You could say the story “failed”. Or you could say the story didn’t “fail” in some ways, but overall it didn’t “work”. Then other people, like family, might read it and love it, simply because they love the person who wrote it.

See how “failing” at writing starts to get really muddy?

I think the issue is in relying only on the audience or reader/s to determine failure. In a class, the teacher should be experienced enough to be able to tell the student where the story fails, why, and – most importantly – give suggestions on how to improve it. To get it closer to “not failing”, closer to publication perhaps.

But really failure begins with the writer. Acknowledging that we begin from a place of failure. As long as the story is just in our heads, we avoid failing. As soon as we put it on the page, we have to understand that we have very likely “failed” to write it as we imagined it. That’s where a lot of other writing skills have to come into play.

The first is reading as a writer. If you read critically, you learn how and why other writers’ stories succeed or fail (or partially fail). It might be plot holes, shallow characters, poor dialogue. The more you can pinpoint these through your analysis, the more you learn. I can’t tell you how many writing students either don’t read enough or don’t read widely and critically. We see examples of critical analysis in other areas, such as coaches who analyse how other players and teams work, and writing is the same, if not more so.

Then you have to learn to read your own work critically, and work out what is wrong and how to fix it. This is incredibly hard. Being in a good workshop group can help. But mostly it is about understanding that your first draft will have “failed” in some way, if not many ways, and then tackling revision from that starting point. It requires faith that you can do it, faith that despite the time it will take, you’ll eventually succeed, or at least get closer to success. And belief that every revision will teach you to see what wasn’t working.

That’s why writing is a craft, more than a special gift or talent. I’ve seen many talented writers in my classes over the years. I can count on one hand those who have persevered, learned from their failures and reached a level of major success. And many more who have succeeded and been published because they kept going, kept learning and kept moving forward.
Posted by Sherryl at Tuesday, January 10, 2017 0 comments

Wrestling with the one-line premise


Since one of my goals for this year is to write more blog posts more regularly, here is the first one! (Yes, I’m one of those tedious people who do goal setting every year but I’ll write about that another time).

If you have read any books on screenwriting, you’ll be familiar with the ‘log line’ or the one-line premise. What is this movie about? Sum it up in one pithy sentence that not only gives us the heart of the story but that will entice people to go and see it (and publicists to use it). I’ve been reading Save The Cat recently, after having it on my shelf for about four years, and the one-sentence premise is in there, too.

I often set this as an exercise in novel writing classes. I often set it for myself, especially if I’m struggling to nail the answer down. Yeah, what the heck is this stupid novel about? Why can’t I sum it up the way other people can? The answer I tell myself is: if I can’t sum up the heart of my story clearly, it will show in the work. I end up with something that feels either slightly or majorly unfocused. The narrative drive is not strong enough. I feel like I can’t convince even myself what question I’m trying to answer. 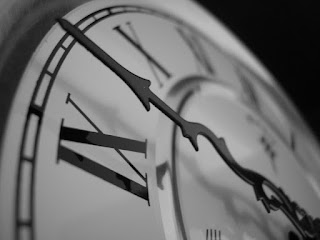 It would be a lot easier to say I could leave this premise thing until the end of the draft. Until the third draft maybe. I could even leave it to the publicist, if it got published. Except … it niggles at me. I need to know the heart of my story, or else how can I find it in the writing?

I was reminded of this today while reading the Sunday Age. In there was an article about a Swedish writer, Fredrik Backman, and his debut novel, A Man Called Ove. It talked about his rejections, about how he worked as a forklift driver, but also that he was writing as a freelancer. Now that first novel has sold 2.8 million copies around the world, etc etc. Ordinary man into Swedish superstar writer. Yawn.

Except … I read the summaries of his novels (three of them were just one line each) and I wanted to read them all. One is My Grandmother Asked Me to Tell You, about a girl named Elsa whose grandmother dies, leaving her with a batch of letters to deliver to people her grandmother had wronged in her life. Britt-Marie Was Here is about a passive-aggressive woman who leaves her cheating husband and ends up coaching a children’s soccer team in a backwater town.

I was dying to ask Fredrik if he came up with these one-liners before he wrote, after he wrote, or if somebody else did it for him. Within every one of the one-liners are more questions that only reading the book can answer. What’s in those letters? What did the grandmother do? What do the people who receive the letters do? How did that woman end up coaching a kids’ soccer team? What happened then?

I think the key to the one-liner is how many questions it makes you ask – how intriguing is it? It also, to me, includes theme like a refrain underneath. Redemption. Betrayal. Humanity (Ove). Creating a one-liner for your novel might take you a day or even a week. I know it’s taken me that long sometimes when I’ve tried to do it. But what I also have learned is that if I can’t do it after a week of trying, there is something wrong with my novel that I need to work out before I go any further.
Posted by Sherryl at Wednesday, January 04, 2017 0 comments