In every publishing venture, especially in self-publishing where you are juggling everything, something is sure to go wrong. Usually it's somewhere in the printing. Deciding to use a local Melbourne printer (just over the Westgate Bridge from me) was worth it, and I think now that dealing with a printer in China or Singapore to save a few hundred dollars would have been a mistake. I had a pretty trouble-free experience with Trojan Press, and they were really helpful.
Publishers who print overseas have a lot more experience than me, and are able to explain exactly what they want and couch it in printing terminology. Whereas to get the book size, I was there with the ruler and counting millimetres!

Having had books traditionally published, though, there were aspects that I understood were vital – the cover design, for one. The correct front and back matter, the imprint page, the ISBN, the barcode (which the printer organized), and then the book data. I had to redo the book data four times in the end because some of it (like the release date) kept mysteriously changing in the online databases.

Also, because this book had been published in the USA, with a different ISBN, I had to contact a number of online booksellers and library suppliers to make sure they knew the correct ISBN and had information about the book. This particular advice came from a session at the Independent Publishers’ Conference, which happened in Melbourne in November, at just the right time for me.

Another thing that I heard at the conference was the frustration felt by review magazines and editors over people who send books for review the week they come out. A review can take up to 3 months, by the time the book is sent to someone, they read it, write the review and then it’s published. So I had my books in my hot little hand by the end of October and immediately began sending out review copies.

It’s not a simple process because quite a few blogs and journals require you to contact them first. I guess they are tired of being sent every book in existence! But several places I took the time to email were responsive and agreed to take a copy. That doesn’t guarantee a review, though. (Again, I already had reviews from the US publication that I could use in my marketing.)

So here is a list of all the things I embarked upon as part of my marketing:

I’m sure there are other small things I’ve been doing but those are the main ones.
I have also been incredibly lucky in that the son of a friend of mine offered to make me a book trailer, and it was just fantastic. He did an amazing job and even found a German Shepherd dog to star in it. The trailer is very spooky! You can see it here.

Other things? well, I did think about having a German Shepherd at the book launch but the bookshop is small and I started imagining what might happen if someone stood on the poor dog’s foot and … you get the picture! So scrap that idea. 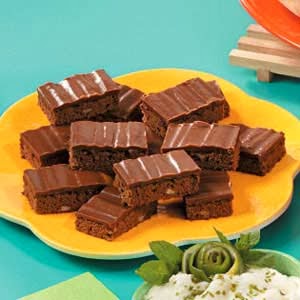 Now the book launch is just a week away, and I have to start thinking about cooking cakes for the celebration, and how I will keep the wine chilled if it’s a hot day, and where to park so I don’t get a parking fine.

And then I will have school visits and more photos to put on the FB page and reviews to brace myself for, and then I have to decide if I am going to enter the book for any awards where it’s eligible. I think I will be busy for a few more weeks, at the very least. Finally, if I am lucky and all of this effort leads to good sales, I might be in that happy position of having to decide on a reprint.

Beginning life as a hybrid publisher

Writers often self-publish because they can’t find a traditional publisher for their book. I found myself in this position in 2013. It wasn’t that I had never been traditionally published – by then I had nearly 60 books published, several of which had won or been shortlisted for awards. So why was I in this position? Had I written a book so awful that no one wanted it? Or so contentious or weird or unmarketable? No. But the book I wanted to see published in Australia had already been published in the USA, and so overseas and e-rights were not available. While a few Australian publishers might have said no because they didn’t like the book, finally one was able to tell me it was the rights issue that led them to turn it down.

Now, with some of my books I might have thought – I had it published in the US so I’ll be happy with that. But this book was different. It wouldn’t leave me alone. I just felt in my heart that it was worth pursuing here, hence my constant nudging of my agent to try another publisher. But when I finally realised it wasn’t going to happen, I woke up one morning and decided to try it alone. My first option was to import a large number of copies from the US publisher, but the discount wasn’t enough to allow me to distribute it here without incurring big losses. Also I would have to pay high freight costs. The other option was to self-publish the book. Which, I discovered, would make me a hybrid publisher - one who is both traditionally and self-published.

I think the crucial difference at this point for me was my track record. If I’d only had a few books out, and wasn’t reasonably well known already, I might not have bothered. Or I might have printed 100 copies (as I have done with two of my out-of-print titles) and just sold them during school visits. This “reputation” turned out to be crucial indeed. It meant the distributor, Dennis Jones, immediately agreed to take at least 1200 copies with a team of sales reps to back this up. I had been considering using Lightning Source as a printer, having heard someone from there talk at a small press conference, but Dennis recommended a printer not far from where I live. A quote from Trojan Press showed they could match Lightning Source, and their proximity would make things easier for communication. Trojan also were happy to amend the cover for me. I negotiated with the US publisher, KaneMiller, to buy the cover files as Dennis Jones thought the original cover was excellent and worth using.

From my earlier reprints I already had a block of ISBNs and could immediately allocate one to Dying to Tell Me’s Australian edition. It also helped that I have been self-publishing for years. Initially it was a series of community publications, including two oral histories, then a women’s poetry magazine for 20 years. I’d also written a book on self-publishing (1997) and taught classes, and kept up with changes in technology. All the same, I was looking at a 1500-2000 print run, which filled me with fear. That was a lot of money to risk! The turning point was when my agent contacted Australian Standing Orders on my behalf, and after looking at the book and the teacher’s notes I had written, they agreed to take a firm order of 700 copies. Again, my reputation and track record of previous books was a vital element. (Standing Orders companies have schools as “subscribers” and supply a selected box of books every month of the school year.)

Ultimately, distributors and standing orders companies take your books at a high discount. With a distributor I will have to deal with returns, like any publisher, so I wasn’t out of deep water yet! But it was looking hopeful for maybe covering my costs. And that was what I went into this with – the aim of covering my costs, or not making too big a loss.

Then came work on the actual book. Much as it would have been convenient to use the US text, when I read through it again, I realised that there were too many words that had been changed. Strangely, they hadn’t changed Mum to Mom, but most of the spelling was American, and many other words had been altered, e.g. all measurements were in yards, feet and inches instead of our metres and centimetres. So my task then was to go back to the original Word file and change everything. I also made the decision to change the double speech marks to singles. Some things were able to be fixed with global changes, others not. And this is where I almost came undone. Or sent myself and my interior designer/typesetter, Daniel, crazy!

Because I proofread the novel on screen. In hindsight, I was probably trying to save paper and time, but it was a mistake. I ended up proofreading the text four times, and every time I found more errors. In fact, I found errors that the original US publisher missed (the dad’s name changed between Chapter 2 and Chapter 16!). Each time I found more errors, Daniel had to go back and change them on the Word file, then re-convert into PDF to check pages and formatting. We also had a preferred page limit, and a last-ditch-final page limit (because books print in multiples of pages and if you can stay within a multiple, you save money), and Daniel managed to keep the book under the preferred page limit, even though at the last minute we had to change the font size for readability. Daniel is my hero!

By the end of September, I was waiting on proofs from the printer and a decision from another standing orders supplier before committing to final figures for the print run. Meanwhile I was making lists of places to send the book for review, ways to publicise the book before and after publication date, and working on some new marketing ideas. All of this was going to take time and more money, but this is what a self-publisher has to take on board.

You can see part of my marketing efforts on the Facebook page for Dying to Tell Me. The book trailer is on YouTube here - more about all that in the next post.

And the book is up as a giveaway on GoodReads for the month of February - put in an entry!

Dying to Tell Me