One of my fellow Hamline students, Michael Petry, is doing his critical thesis on maps in novels this semester, but what intrigued me was the huge map Mike has created on his garage floor! So of course I had to ask him more about that, and maps, and writing and stuff... 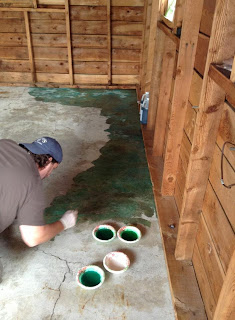 Where did your interest in maps come from? Is it only maps in books (like fantasy novels) or all kinds of maps?

My undergraduate degree is in Landscape Architecture and Environmental Planning. The founder of Landscape Architecture was Frederick Law Olmsted. He designed New York City’s Central Park and many other wonderful parks and cities as well. My interest in maps grew from there although if I think about it I’ve always been fascinated with knowing where I stand. Maps in novels to me are a wonderful bonus. Some books would probably be just fine without them but with them we know where the story is taking place and how that character moves through his environment. I really like all kinds of maps.
I’ve spent seven years as a civil engineer. I’ve drawn maps of new roads, sewer systems, water systems and storm drainage systems. The coolest part of doing that type of work is that these maps or plans have been built and people use and live in them today. 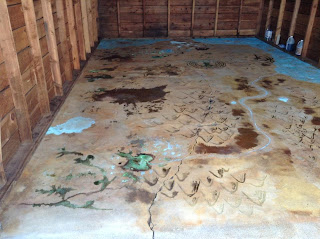 Why do you think writers and readers find maps so interesting?


Maps ground us, they give some sense to what lies ahead. Maps give both the writer and reader a sense of the setting. Are we near a river or a seaside, in a mountain valley or the Dead Marshes found in JRR Tolkien’s Lord of The Rings? Personally I love to know the path that a character has made through a map and if there is a map with a novel and the story mentions places that are not on the map it can be a bit frustrating. 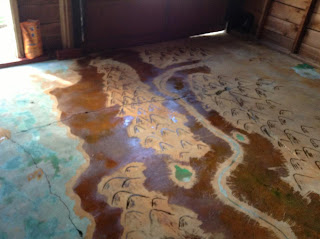 Do you think maps are always necessary in fantasy novels? What other fiction books have maps?


I don’t think the maps are a necessity in fantasy novels. Like Ron Koertge mentioned this summer at Hamline, they can aid in the writing process and help move the plot of the story forward. I’m not one hundred percent sure but the more I have thought about this the more it seems to make sense. If you have a character in your story that moves through a space that he/she interacts with, more than just passing through, then a map is needed to get the writer to be consistent. This deals with a sense of scale as well too.

I just finished reading Patrick Rothfuss’s King Killer Chronicles where Kvothe spends a great deal of time at the University. Patrick drew up the University. These smaller scale places like a University or Hogwarts tend to be three dimensional. Often the main character explores and gets to know these spaces much more than any flat character would ever dream of. For example, Kvothe goes to classes just like the rest of his schoolmates but he spends time on the roof tops of the University buildings and spends time below in the sewer ways and steam vents and finds running water and tunnels his way into places that are off limits to him. Harry Potter does the same thing at Hogwarts. These places and the maps that are either quickly sketched up or meticulously drawn out become part of the stories’ characters. 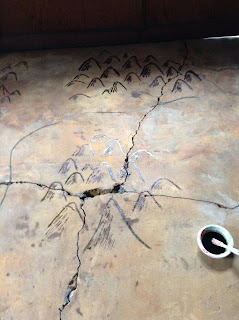 What benefits are there for a writer to create a map, even if it doesn't go into the final book?


First and most importantly they are fun but maps will map the writing process out. If you know that Christopher Paolini’s Eragon and his dragon Saphira are traveling with some dwarves and an elf on the eastern edge of the map from the Beor Mountains down the Az Ragni River eventually to end up in the elf city of Ellesmera in the Du Weldenvarden forest you have much of the plot laid out for you not to mention all the cool setting that they get to travel through. All kinds of cool adventure can happen but you know that your character will start at point A and end up at point B, aiding in moving your plot forward. 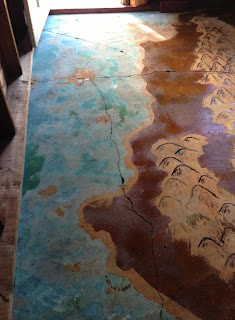 What inspired you to create the map on your garage floor? Can you tell me about it - where, when, what, how?

My Critical thesis is what started it really. I’ve wanted to create a place away from my wife and three daughters that I can call my own, to write and be inspired by my surroundings. The cool thing about what I drew up on my garage floor is that it isn’t any place just yet. I have a coast line, some mountain ranges, some swampy areas, and dry arid climates too. I think that the when is the question I can answer right now, I’m jumping head first into my critical thesis and surrounding myself with maps.

Anything else you want to add?

Thanks, Michael! I think your garage floor is amazing!
Posted by Sherryl at Tuesday, September 03, 2013