I'll Deal with my Procrastination Tomorrow 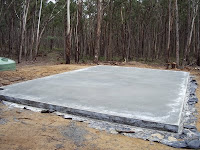 Over on Kristi Holl's blog this week, she's been talking about procrastination, and what's known as writer's block. Mostly they are the same thing, I think. And although there are many reasons why we procrastinate about writing, I'd say the biggest one is fear. Fear that what we are putting our hours and heart and energy into will be criticised or rejected. Fear that when we sit down to write, nothing will happen and we'll never write again. Fear that we are just not good enough - for anything. Fear that something or someone will give us a big fat F on our story.

I know of many people who stopped writing (or drawing) in school because of a snooty or critical teacher's comments. Often these were people whose work didn't conform; they didn't colour inside the lines, so they were told they were no good. It can take forty years to get over something like that, and find the courage to start again. That's why so many people in their 50s rediscover their art - they finally realise it's up to them.

This photo above is not a book (it'd have to be a pretty grubby book!). It's a large slab of concrete. Intended to be the foundation of a house. And it will, maybe not as soon as I want it to be, but I hope I'll get there one day. But I have found that the process of trying to get this house built has filled me with as much fear, and caused as much procrastination as any book I have ever written - probably more. Mainly because of all the people (read: bureaucrats) who have tried to stop me or put huge obstacles in my way. They've all contributed to that horrible gut-churning feeling of "Why am I doing this? How can I continue against the odds?"

The bureaucratic nightmare has mostly consisted of either changing the rules without telling me (and then saying No, you can't do that now), or being unreasonably slow and obstinate about petty things, or literally going back on previous agreements. But I haven't given up yet, although I've used many words in private that I wouldn't use in public!

But it reminds me in so many ways of writing - that is, writing for publication. I'm all for writing because you love it and it enriches you. Writing for publication is different. It brings out all those fears we have about "are we good enough?" No matter how often we tell ourselves, "It is the work that is being rejected, not me", it still cuts to the bone. And it can cause that procrastination bug. If you don't write, nobody can criticise or reject you. While one part of you is saying "I want to write, no matter what", a secret - or not so secret - voice is saying "But it won't be good enough and someone might tell you so".

All I can say is: Do it. Sit down and do it. Just like every now and then over the past three years (and probably more years to come) I have had to tell myself, "Make that phone call, write that letter, complete that paperwork - make it happen". I have a big piece of concrete now. It's lovely and smooth, and I like to run my hand over its surface and marvel at it. Just like I love to see a pile of manuscript pages grow, and the word count on a piece of notepaper next to my computer grow too. This week, along with developing my plot and deepening my characters, I'm getting my bricks delivered. What about you?
Posted by Sherryl at Sunday, October 12, 2008

There's so much truth in what you said, Sherryl. Fear certainly can cause procrastination. And, oddly enough, you can procrastinate yourself into being fearful! If I just go in and sit down at my desk and start writing without thinking much about it, I'm okay. If I procrastinate with doing dishes and watering my flowers and paying the bills, I can actually make myself too fearful to get started and waste a whole day. The two things feed on each other. THANKFULLY, it works in reverse too. Getting started breeds confidence, which makes it easier to get started the next time...

Yes, you can talk yourself out of writing - I recognise that symptom! I bribe myself with the "just one page" promise. I know I'll always write more, but if I can manage one page, it's not all lost. And it keeps the story in your head, too.

1. 'Why am I doing this?' Because it's something you want although sometimes you probably think it's something you don't want any more ... But you do!
2. 'How can I continue against the odds?' It's not because you're stubborn as I was once told I am, it's because you want to achieve what you want and you're not going to let a whole lot of other people control your life! And the same applies to writing.

Let's all hang in there (as they say in the classics) and churn out buildings, novels, whatever!