Spring in the Australian Bush 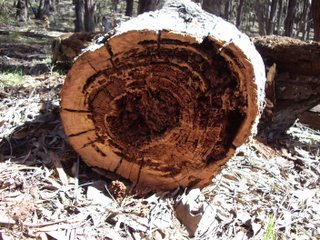 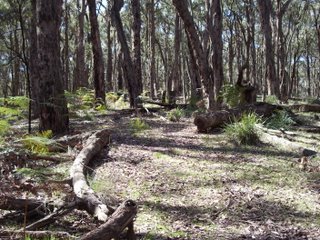 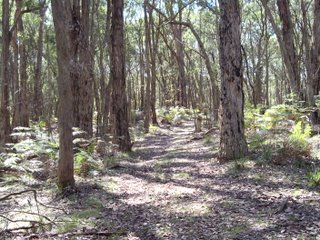 Australian bush is mostly gum trees (in central Victoria, anyway). These photos are taken at Lancefield, about an hour north of Melbourne. Despite the green stuff, the government has just declared the bush fire season is off to an early start, and yesterday was our first total fire ban day.

The top photo shows you why gum trees suddenly keel over and land on stuff (including people) without warning. Inside the trunk, insects have been solidly at work. I could draw an analogy with writers in garrets, but I won't. Instead I have posted below about Voice.
Posted by Sherryl at Thursday, October 05, 2006