OK, I am. I'm out and about, and as I pass you, you say something like, "She told him he had ten minutes to get his stuff and get out", or "I don't know how to tell him how I feel", or "Listen, kid, nobody asked you to be born." I hear you and I wonder what the story is behind those words.

There is a cartoonist in Melbourne who eavesdrops and then draws a cartoon each week in the Sunday Age - Oslo Davis. Funnily enough, his cartoons make me laugh and wonder about people, but they very rarely make me want to write. Perhaps the drawing takes away the urge? Or maybe it's simply that what intrigues him doesn't intrigue me.

Nonetheless, I do listen. And I watch. Sometimes it's better not to hear what they are saying and rely on body language. I do this a lot. Hence the way my boss rolled his eyes once when I asked a question told me a heck of a lot more than his answer, or anything he's done since! I watch the way people sit - arms tightly crossed, heads shaking while they agree with someone, the smile that makes their face look like they are in pain.

I listen to people make promises, pretend they are brave, protest loudly while they twist and squirm in their chair, tell lies while their bodies say they are totally hiding something. I listen to tone. Those who are loud but are whining like small children saying "Not fair". Those who lay down the law but use words and a tone that show their fear. And the people whose smile really does light up a room just because they are genuinely good, happy people (not many of them these days). 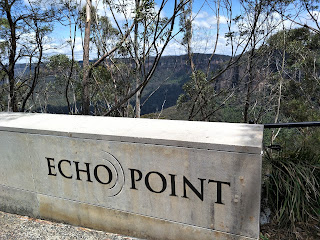 I gather up story ideas from all kinds of places, but very often from things people tell me - or half-tell me. Snippets of memory, of family secrets, of something that deeply affected them. I gather them from stories in the newspaper, too - I once wrote a whole novel based on a sentence from an article about a New York murder. I wrote a whole verse novel based on a social psychology experiment I was told about - the end result bore no resemblance to the original story whatsoever. It didn't matter. The spark was what mattered, what got me thinking, creating characters, making a story, taking huge leaps and bounds with ideas to create something big and meaty.

I have a lot of family stories of my own. After many years of believing I had nothing to say about my own life, apart from in a few poems, I have started writing memoir pieces. One day perhaps my grandson will read them. For now, it's a way of keeping some family history and memories intact. So often the past is dismissed. How many tons of family records, letters, photos and mementos have been tossed in the trash by family members who don't care or think it's better all gone and buried? When you have a family where your parents and grandparents are all gone, suddenly you see how many stories have been lost.

So if you feel the urge to write your own stories, your family stories, or even just to try and preserve things in some way for future generations, do it. And if you write and you hear something that lodges in your brain and won't let go, that you keep on hearing like an echo - let it grow. It could be a novel.

I had to go back and correct a link in an old post, and I ended up reading a few others I had written more than ten years ago! It was an interesting experience. I hadn't realised I'd written so much about various writers' festivals and sessions, to start with. But I also found a post on online courses - it was written just when Tracey Rolfe and I were first creating online units for the Professional Writing and Editing course we teach in. I've decided to update the post and put it here, for things have changed indeed. Now everyone is doing it! Online writing courses, I mean.

Where I work and teach, there has been a constant push to get us to provide our courses and/or subjects online, particularly so we can offer them to overseas and remote/rural students. While some people shudder at the idea of studying via the computer without the stimulation of the classroom, I actually did most of my degree by off-campus delivery (no online technology in those days!) and recognised then and now that what made it work for me was the terrific study guides and course materials.

In some ways, writing is a great thing to study via the internet. When this push first started, they funded some of us to go online and become students for a while, testing out for ourselves what worked and what didn't. I chose to study the Writer's Digest Advanced Short Story course, and really enjoyed it. Mikki Hayden was the instructor, and as well as a structured series of units, I had access to their online library of articles and resources. What made this course especially memorable for me was that 9/11 happened about four weeks in, and several people ended up dropping out because of different ways in which they were affected by it (family or friends dying, living close by, etc). They did explain this to the rest of us, and then we all took a deep breath and kept going with the course.

So, in creating new materials and writing new content for my units, I keep all of these experiences in mind, plus the knowledge that students these days are much more used to using technology and the internet for study and fun. Many students are not able to attend face to face classes, for a variety of reasons. We started offering online units back in 2008, and in the past four years, our online student cohort has grown in leaps and bounds. Part of the reason for this is that more than half the TAFEs offering Professional Writing no longer do so.

Thus, our online writing subjects are now, as they were back then, available to anyone and everyone who has a computer and an internet connection.  Still, not all courses are the same. MOOCs have taken the world by storm, but statistics show less than 5% of people ever finish the MOOC they sign up for. Some that I have enrolled in (and yes, not finished) were just a series of videoed lectures, not very engaging, although often interesting. Some lectures were an hour long, just as if they'd been transported from the lecture theatre into a small room with a camera.

These are things to think about when you create an online course. How do you replicate a great classroom discussion about plot and pacing in a historical YA novel, or repetition and irony in a poem by Billy Collins? Or the experience of workshopping a chapter of your novel, or your poem about death that was based on your uncle dying last week? In the classroom, the teacher is able to push the discussion along, or introduce a new idea quickly, or temper someone's comments when they've become less than constructive. How do you do that online when mostly it isn't happening in real time, so a rude comment can be up there for several hours or days?

All good questions, which is why we keep going off and doing more training and talking about these issues and how to resolve them. (Sadly where I am, it seems training now is all about making cookie cutter videos, which we are resisting. We know the way we do them works.)

But beyond that, I think offering subjects online provides a great resource for any writer who wants to increase their skills, get some unbiased feedback and feel like they're not so alone. Even a writer in the middle of a huge city can feel isolated and depressed about what they're trying to achieve. Who cares? How can I know if I'm on the right track or not? Is this story any good? A good online course is like a classroom in that everyone is learning together, sharing ideas and problems, and a good teacher helps that along via the Discussion Board. For us, the DB is vital in most subjects. It's where I get to know my students, help them engage, respond to their ideas and comments. Hopefully it's where they start to feel part of a class.

When I did my degree, a large part of it was focused on writing - it was the first time I was able to get feedback on my stories and poems from experienced writers/readers who didn't know me from a bar of soap. So their comments were, to me, more valid because they weren't there to pat me on the back - they were there to show me how to improve.

This year (2018), I'm working on creating online content for three different subjects - writing for new media (blogs, websites, etc), a Diploma creative arts industry subject and a core unit in using Word that everyone has to do. The content for each is very different, but I try to write materials as though I am speaking to the class. I'm about to experiment with recording something that I think would be explained better that way. Ten years ago, internet speeds for uploading and downloading wouldn't have allowed me to do this.


Personally, I hate cookie cutter courses that run you through a whole lot of stuff to read and then give you questions to answer to test your understanding. Creative writing, to me, doesn't work that way. The closer I get to creating a classroom online, with interaction, ideas, writing to share and (yes) fun, the better I think it works.