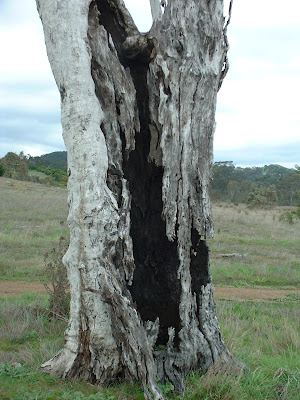 Today I received an email from someone who said they don't bother with resolutions because they never stick to them. It got me thinking about resolutions vs goals, and how we use them. For New Year, people seem to mostly make resolutions about personal issues - I will stop smoking, I will lose weight, I will spend more time with family, I will not kill my boss/spouse/mother-in-law. But goal setting is more about work, or at least achieving something that is important to you which requires planning and taking small steps.

You might want to try to get your novel published. So you have to write it, rewrite it (however many times), print it out, research suitable publishers, maybe approach agents, then send it out (however many times). One of the key things about goals is breaking them down into bits that don't freak you out, if you just do them one at a time. It's also good to have long-term goals, which could be your biggest dreams, and see how you can take small steps towards them too.

I first did goal-setting many years ago (probably about 18 years, I think) and had the weird experience a while ago of finding that piece of paper. That's what comes of being a hoarder. I do remember that at the time I wrote down things that I never thought would be achievable, such as attend a writing conference in the US and have a collection of poems published. In fact, nearly all of the things I listed have happened, because they were important to me and I really wanted them. You could argue that I was going to achieve them anyway, but I am not so sure. I do think that the simple act of writing them down makes them real, and helps you to believe they are possible.

I've been reading some articles about goals and planning lately, and they said that only 5 people in 100 do goal-setting, and only 1 in 5 follow through with their steps and achieve what they want. That's 1 in 100 who get there. Now you could think that shows that goal-setting is a waste of time, so why bother? To me, it says that anyone can be that one person, if you want it enough. If you're prepared to plan, set goals, work out the steps, take them one at a time. And imagine if you are that one person - wow, you're way ahead of 99 other people!

OK, I'll stop sounding like a goals evangelist now. Because I have to admit, even though I do goal-setting every year with my writers' group, I usually them put mine away and don't refer to them until December, when we all sit around and cheer those who achieved some of theirs. I do personal strategies instead, month by month, and follow those. So it has occurred to me that I should combine them and make them both more useful.

And if you're thinking about your own writer's goals for the year, you might like to visit J.A. Konrath's blog here. Some great food for thought.
(And the photo is there because I like it. It was taken at Lake Eildon a couple of years ago.)
Posted by Sherryl at Wednesday, January 02, 2008